I like Twitter because it expands the range of ideas I see each day. My feed is still certainly skewed toward folks that mostly agree with me and I with them, but even among this crowd it makes me think on a daily basis. Twitter can also be infuriating, but I think it’s worth it to watch conversations unfurl in front of my eyes, post to thread, replies branching out in every which way, just as an in-person conversation might. Anyway, here’s one small story of me, Twitter, and something we’ll call the “science princess.”

Some time back a post went around showing a t-shirt parents could buy for their children. It was a shirt intended for girls, intended to counteract the dominance of princesses in the market for girls clothing and toys. It said “Forget princess, I want to be a scientist!” If you google, you can find this slogan printed on t-shirts of all colors, onesies, sweatshirts. In one photo, a little girl holds a sign with the slogan at a march, perhaps the Women’s March, or the Science March. Many female scientists I know love this kind of thing immediately. Children wanting to be princesses is emblematic of wanting to grow into a role where you don’t do very much–you dress up and wait for someone to save you. It stands in contrast to an active job like scientist.

My first inclination, too, was to like the post and move on. Yes to little girl scientists who take action, no to princesses who find happy endings in marriage only. But I clicked on the replies, as one is wont to do on Twitter when there are a thousand other things to do but suddenly seeing what everyone else thought seems really important. And one poster wrote, “why can’t you be a princess AND a scientist?”

I was thinking about this recently because of a series of events in my own life a few months ago. Just after Thanksgiving, I went to a fire science conference in Orlando, Florida, (home of none other than the Disney Princesses), where I participated in my first prescribed burn. Less than a week later, I was the maid-of-honor in my sister’s wedding. I traveled directly from one to the other, packing my clothing for each event into one suitcase. For the burn, I wore the standard issue fire-resistant Nomex green pants and yellow shirt. I wore a yellow hard hat on my head, leather gloves on my hands, and on my feet–a new-old pair of leather work boots. Eight inches tall, thick soles, no steel toes, to protect my feet from heat and flames. I found the boots on e-bay, exactly what I needed, for cheap, and when they came, I was prepared for them not to fit. But they fit perfectly. It was like something out of Cinderella. A real princess story. At the burn, I put the whole thing on, held a drip torch, set the land on fire. I saw ecological restoration in action, pondered the physics of heat transfer, the wonders of engineering drip torches and pumps, saw a land transformed. I was a scientist that day, but it was a day full of magic, too. 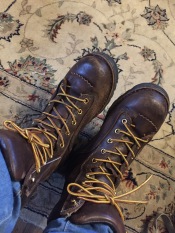 Glass slippers in the form of fire boots!

A week later, I dressed thoughtfully again, head to toe. This time I wore a floor-length gown with a (fake) jewel-studded neckline and a full skirt, silvery and floral and twirlable. The dress had deeper pockets than most pants that I own. I had a “crown” braid in my hair, my nails were painted silver, which matched my silver shoes. I stood in support of my sister and gave a silly speech that mentioned PhDs and psychology and proteomics (and, for good measure, a few bars from Hamilton). And in between I schmoozed with friends and family in my fancy dress and talked to a lot of people about fire science, prompted by the coinciding of an event where people ask you to remind them exactly what it is that you do and the early days of the largest fire in California history. And in those moments, I was certain that you could, in fact, be both a princess and a scientist.

Regardless of what princess has meant in history, princess stories are appealing because they involve adventure, power, and usually a bit of magic. And as flawed as the Disney stories are, I’ve enjoyed watching Disney reshape the princess concept over time while maintaining their best features. The adventures have moved around the world, the power structures have shifted, and the magic remains. The Disney Princesses have long been rich characters, who think for themselves and have their own interests and stand up for themselves and others. In Beauty and the Beast, we got the book-loving Belle, and later, warrior Mulan. Many adults have tired of Frozen, or never bothered to watch, but I found it thrilling to see a movie with two flawed heroines, and one that blatantly acknowledges and questions the narratives we’ve been taught by earlier movies (“You can’t marry someone you just met!” Elsa asserts, near the beginning of the movie.”)

I’m still wary of some elements of princess culture. The princess who waits for a prince, for whom marriage is the end of the story, who won’t get dirty and try new things, we can still question that. But that may not be what princess means anymore. It’s often easier to reclaim, reinvent, and redefine than to throw words and concepts out entirely, and I think that’s happened with princesses.

As we try to bring diverse perspectives into the sciences, we should take care to ensure that we question the cultural norms in our fields and welcome everyone–regardless of what they wear or how rugged they seem. After all, the important bits of being a scientist are not too different from the best parts of princess stories: a penchant for adventure (whether for wading through swamps or libraries), the power to ask questions and plan investigations, and a sense of wonder. And of course, we can be scientists and have other roles, too, wearing different hats (or different shoes) as different situations arise.

Creating a welcoming environment is easier said than done, though. Like many ecologists and geologists, fieldwork was part of what drew me into those fields as an undergrad. I loved my geology field course in college where we hiked and camped and looked at rocks all week, then took our smelly, long unshowered selves to dinner at an El Paso restaurant where a large group of high schoolers were all dressed up and having their pre-prom dinner. I loved finding “my people” in these fields.

But getting back to the things I learn on Twitter: some time ago, there was an interaction that centered around a geoscientist who had felt excluded by all the outdoorsyness. All the hiking and camping wasn’t something they’d grown up with, and it was one more way that they were made to feel like they weren’t really welcome there. Someone pointed out that many geoscientists did important work without ever going into the field. And as fondly as I remembered that geology field trip, I had to admit that was true.

What requirement is there, really, to being a geoscientist or ecologist, besides being a person who studies the earth? 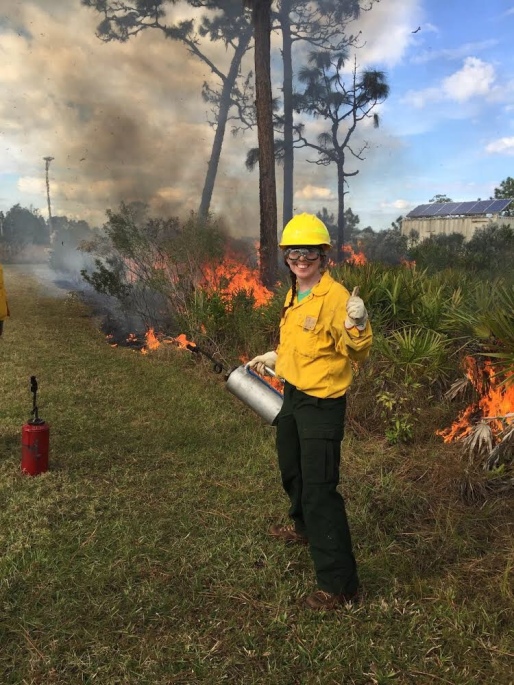 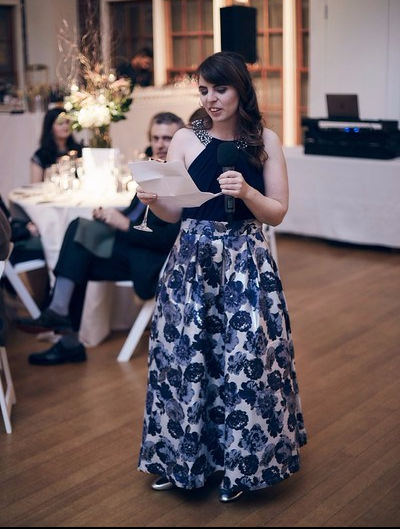