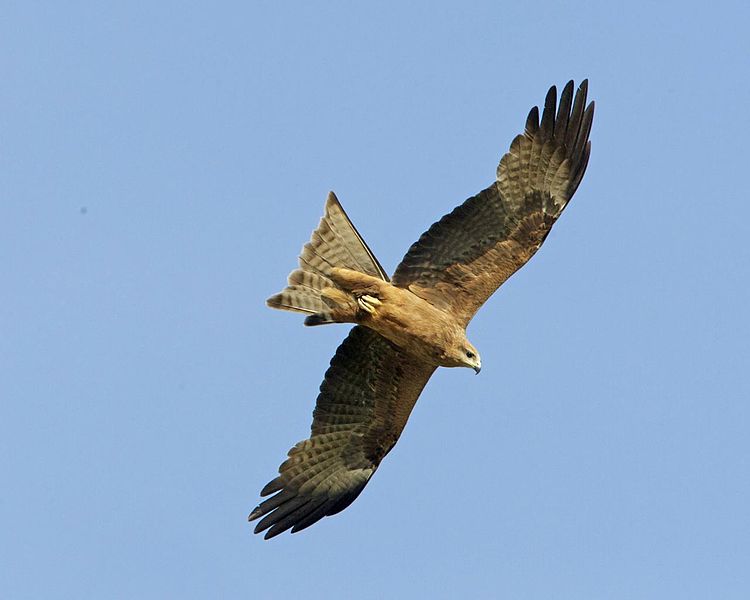 A black kite, one of the Australian “firehawks” (Credit: Lip Kee, Wikimedia Commons)

There’s a new fire ecology-related paper getting press recently, and it’s based on a pretty cool idea: that some birds in Australia, collectively described as “firehawks”, hang out near bushfires, pick up burning sticks, and spread the fire to flush out prey. In Australia, this is a very old idea among indigenous peoples, who have long shared stories of this behavior. The authors of the paper set out to collect and synthesize narrative accounts of the “fire-spreading” behavior from both indigenous and non-indigenous people, and their results are pretty compelling. The accounts are detailed and consistent. But is it enough to conclude that the firehawks are acting with intention? Are we dealing with arsonist, pyromaniac birds, as some headlines claim?

Let me be clear upfront: I really like this paper. I think it’s compelling and interesting and new, and honest and clear about what the current evidence does and does not tell us about these birds and their relationship with fire. All quotes I’ve seen from the authors are similarly careful.

This paper is also notable because of its acknowledgement and use of indigenous ecological knowledge (IEK) (commonly called traditional ecological knowledge (TEK) in the US). In this paper, they set out to understand and make known a phenomenon that has long been discussed among indigenous groups in Australia.They also seem to take a lot of care in the way they use this information and information gleaned from interviews with indigenous people. It’s a difficult line to walk: many indigenous people do not trust Western scientists with their traditional knowledge, and for good reason (though there are also indigenous people who are excited to share, and others who are themselves scientists).

The authors also make a strong case for why this is important: fire spreading birds could be causing unexpected difficulties in fire management in flammable Australia.

There are 20 narrative accounts, and the examples are detailed, fascinating, and honestly, pretty convincing.But there are no experiments, no photos or videos, and the article does not claim, without a doubt, that fire hawks are spreading fires intentionally. They frame their own paper as a first step, an early exploration of a reported phenomenon. Yet most of the headlines frame it as a done deal.

The Nature Conservancy blog headlines their piece “Australian ‘Firehawk’ Raptors Intentionally Spread Wildfires,” and early in the article state that the paper “confirms long-held Aboriginal knowledge.” Another article described the paper, too, as one that “confirms aboriginal legends” (it also uses the phrase “arsonist birds”).

There are some really fun headlines, too. “Australian fires are being set by legendary pyromaniacal raptors” reads one. “Proof Australia is the most dangerous place on Earth? Our birds are deliberately starting fires”, subheadline “A scary new study has revealed some native birds are burning their prey alive. How?”. This last one is from a blog on a website for older Australians, called Aged Care 101, so it’s not exactly a highly respected news source, but you can see how the story moves through the news.

Nerdist has a more skeptical article, using phrases like “reportedly,” “if real,” and closing the article by asking readers whether they are convinced or not. I think the best article comes from Wired, with “If There’s a Fire Down Below, Do You See a Firehawk up Above?” The headline is a lot less catchy than the others, even the more measured Nerdist one, which is unfortunate because it’s such a good article. What’s great about this article is that it expresses some skepticism, but also provides details on the interviews that demonstrate why they are so compelling and discusses the use of narratives as evidence in sociological studies. This is meaningful, it says, but we still need more evidence.

The whole thing brings up interesting questions of what evidence “counts” in modern science. When it comes down to it, the new paper is a compilation of anecdotes. And there’s a quote popular with skeptics and scientists alike that goes “the plural of anecdote is not data.” But it turns out that this was actually a misquote! And my investigation of the misquote shows that many people have questioned its usefulness, particularly in social science fields. Nate Silver has an eloquent treatment, writing: “Data does not have a virgin birth. It comes to us from somewhere. Someone set up a procedure to collect and record it. Sometimes this person is a scientist, but she also could be a journalist.”

In ecology and its sister sciences, we have historically valued what you might call “personal accounts.” We call these anecdotes natural history. Isn’t much of Darwin’s writing a personal narrative? In recent years, there’s been a lot of worry about the devaluing of natural history–the transformation of Botany departments into Plant Sciences, the lack of training in the “ologies,” the elevation of experiment and genetics above all. Those laments make a good case for the value of natural history: the experimental ecology has to rest on something, come from some base of knowledge. And so it is with narrative evidence, and with the firehawks. Narratives, even if they are the plural of anecdotes, are still a valuable type of evidence. 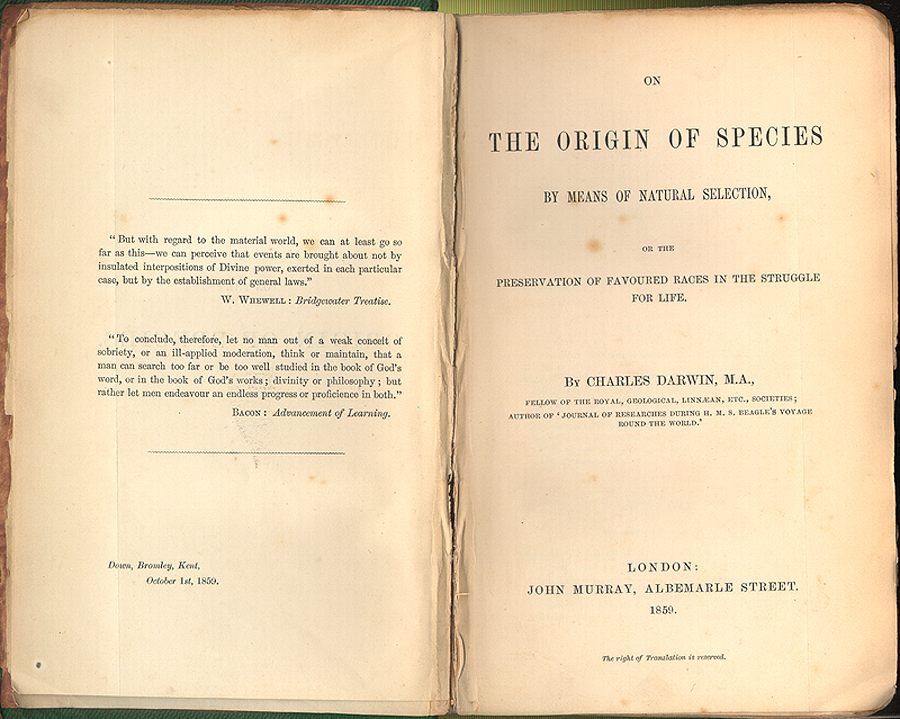 The Origin of Species, a personal narrative? (Credit: Wikimedia Commons)

But it’s still early days, and there’s a lot more to learn about this phenomenon. And so many ideas in science are like this, somewhere in the middle, with only one or two pieces of evidence to make the case, or have conflicting pieces of evidence. Some ideas will make it to the pile of evidence stage, but most won’t, especially for obscure topics. And what do we do with the information in the meantime, when there could be real, practical implications, like for fire management?

Well, you take what we do know, consider what we don’t know, and believe what you will. It doesn’t make you a bad scientist or even a bad skeptic to believe in the firehawks if you find the narrative evidence convincing. In a case like considering the firehawks in fire management, where there is little risk and possible benefit, we should go ahead and do so. It’s also okay to reserve judgment if you don’t think the evidence is convincing. What’s important is understanding where the evidence comes from, what its limitations are, and a willingness to change your mind given future research.

The lead author on the firehawk paper, Mark Bonta, seems convinced that the ethnographic research is sufficiently clear to show that the behavior is intentional. But he also thinks field research is necessary, and that’s the next step. As for me? I’m pretty convinced. But I also really look forward to the results of the field experiments. 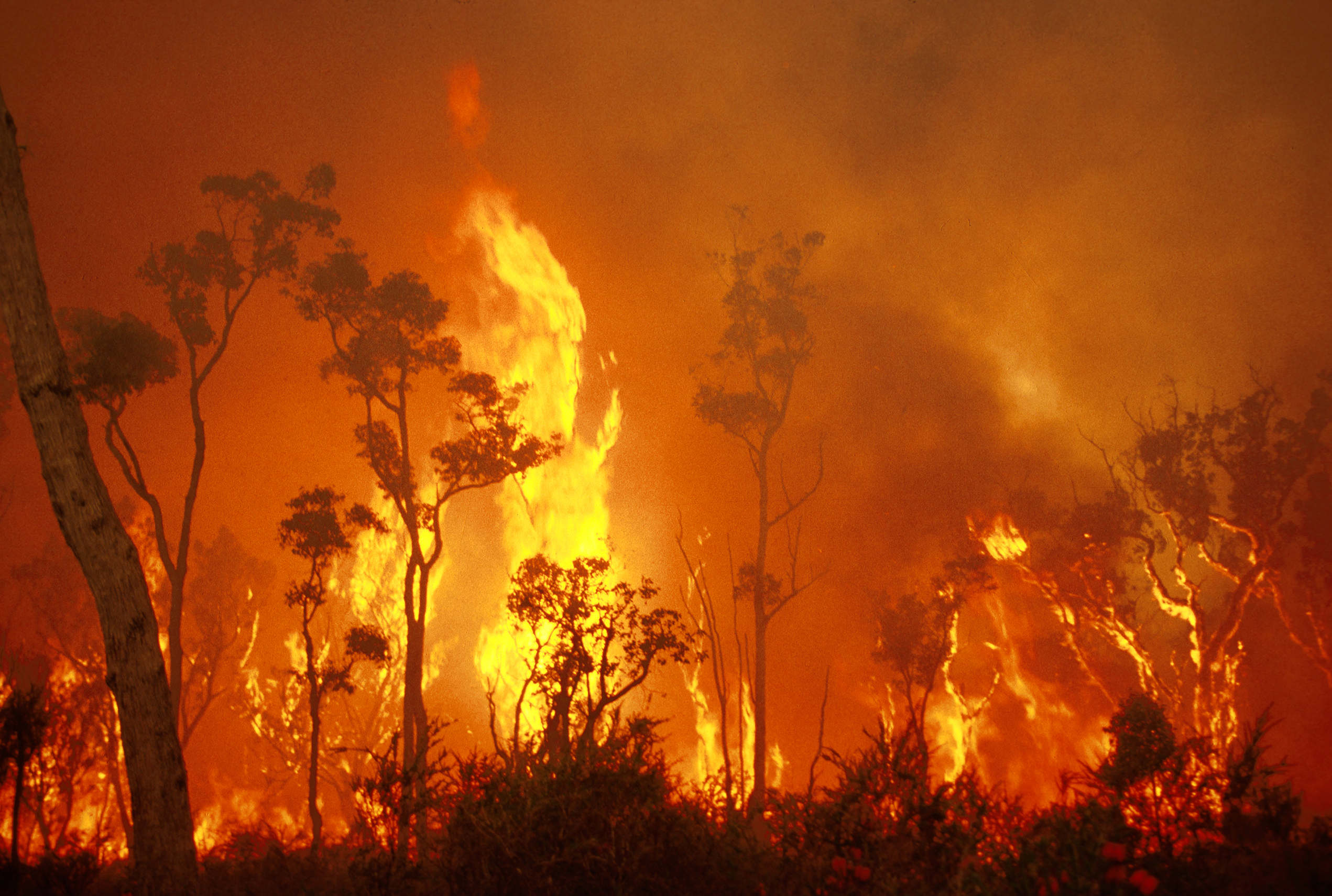